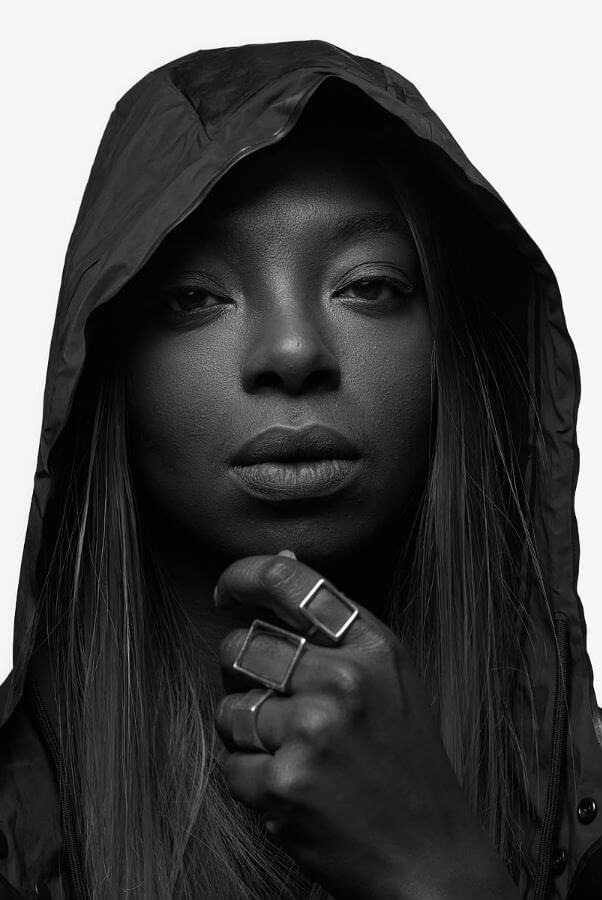 Afrodeutsche is a British born Ghanaian/Russian/German composer, producer and DJ based in Manchester. Her productions cross a wide range of styles including classical solo piano, techno, house and electro.

Through sound, Afrodeutsche journeys deep into the world of Film, Documentary Film and Theatre composition.

Afrodeutsche is rising rapidly and powerfully. Her live sets are meticulous, and her productions intricate. After playing her first live show warming up for techno titan, Carl Craig, in 2016 in Ibiza for Cosmic Pineapple, she has also featured on line-ups alongside electro royalty, Dopplereffekt.

Afrodeutsche's DJ style is a selection of Drexciyan delights mixed with tough UK techno mainstays such as Claro Intelecto and Randomer. She holds a monthly radio show on the reputable NTS, featuring her own productions, ranging from dark electro to breaks and jacking house.