Snowbombing Festival has dropped the first wave of artists for the 21st edition taking place next month of April. Liam Gallagher is the first headliner announced for the Austrian event.

For the first time the six-day party will host a comedy stage with a full stand-up comedy lineup which will include the performances of Tez Illyaz, Terry Alderton, Markus Birdman, Barry Castagnola and Abigoliah Schamaun, so far.

Snowbombing Festival takes place at the Alpine resort of Mayrhofen, in Austria. It is scheduled for April, 13-18. Super Earlybird packages for Snowbombing 2020 arealready available and you can get them here. 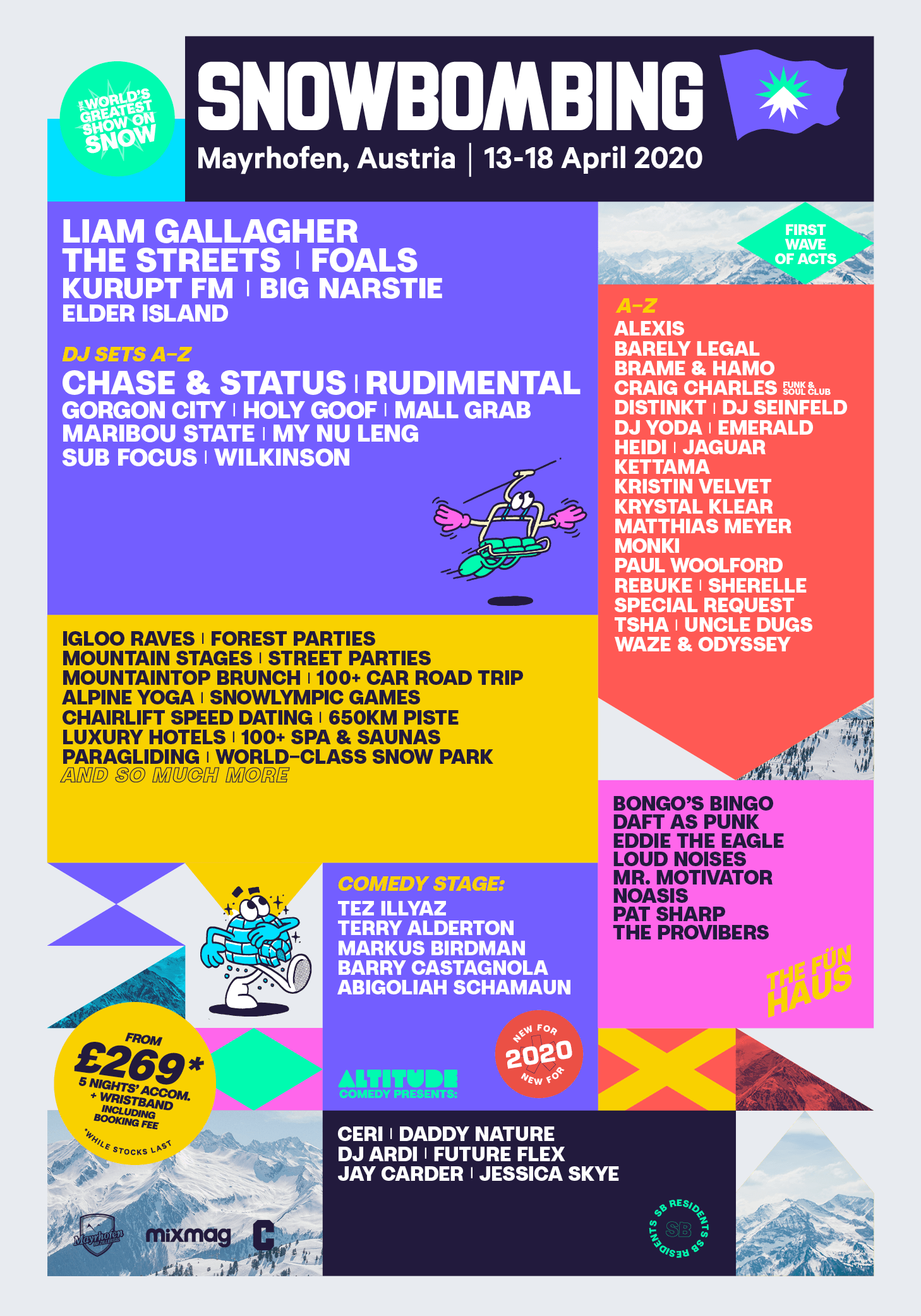