Isle Of Wight first round of announcements for 2020 is here

Lionel Richie, The Chemical Brothers and Snow Patrol are amongst the first round of announcements for Isle Of Wight Festival in 2020. The four-day multi-genre event is back in June, 11-14.

Duran Duran is billed as an UK exclusive performance. For Lionel Richie, its the first time at the iconic festival. The artist said: "I’m excited to be playing at The Isle of Wight Festival next summer. It’s the first time I’ve performed at the festival and I can’t think of a better way to start the summer! It’s a festival steeped in music history – Jimi Hendrix, Bob Dylan, The Rolling Stones have all headlined and I’m honoured to be joining the esteemed list! See you all there."

As usual, the Isle Of Wight Festival will feature a diverse programme of theatre, film, comedy, activities and games for all ages and families.

Tickets and accomodation packages can be grabbed here. 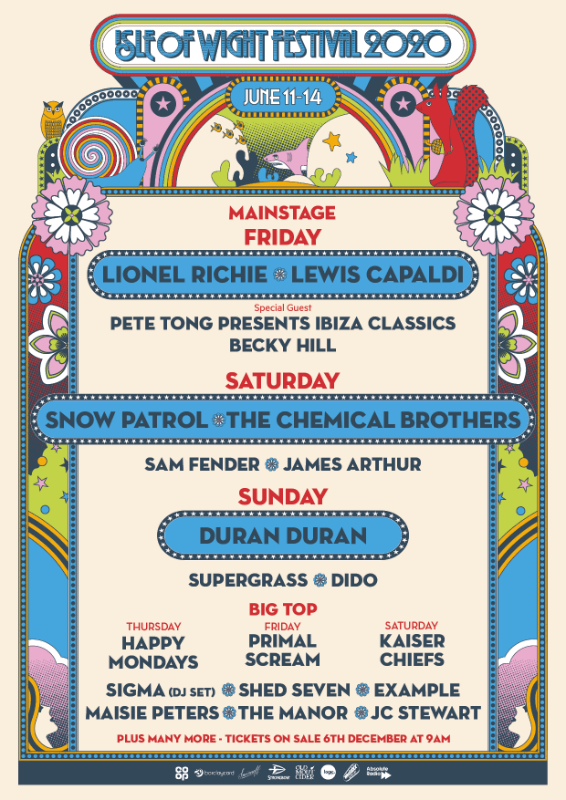